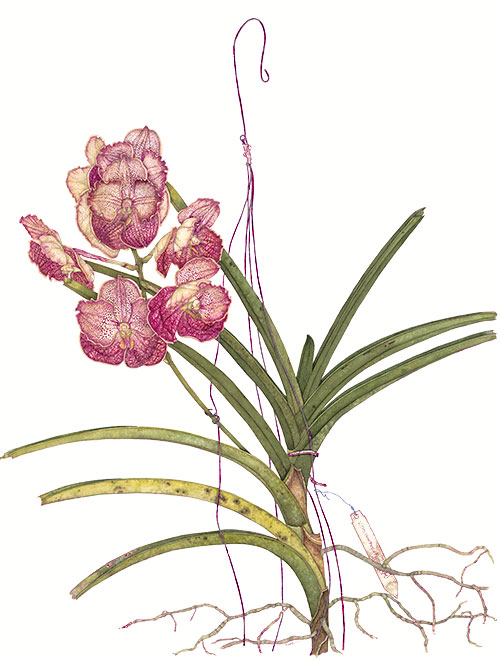 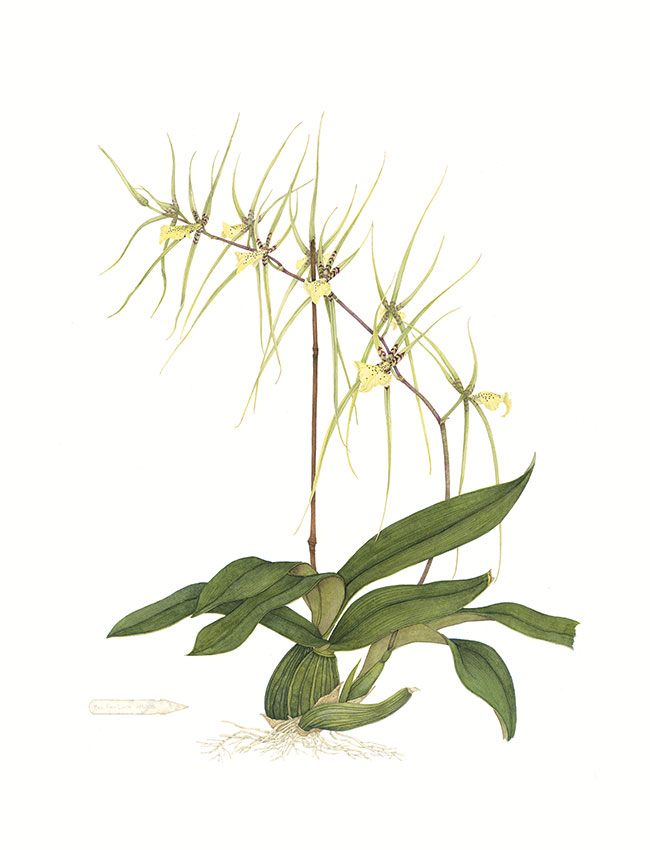 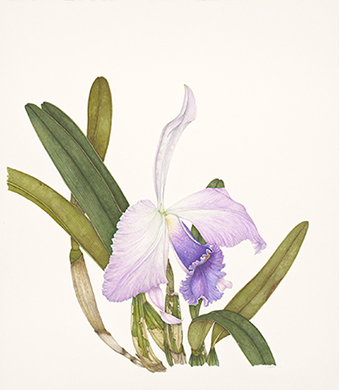 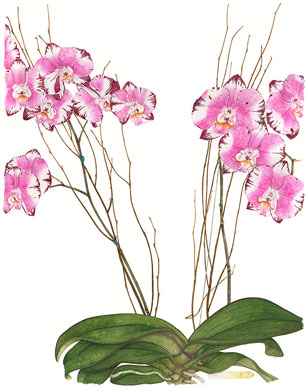 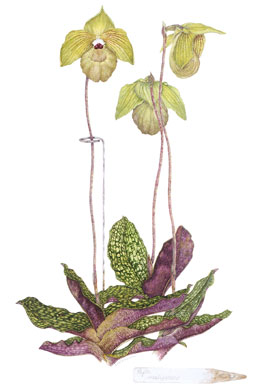 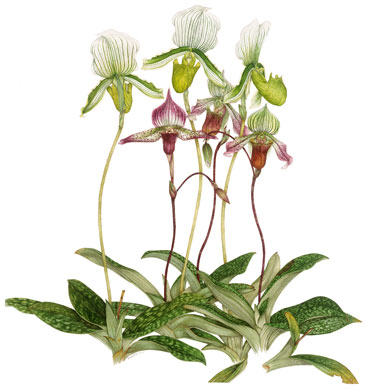 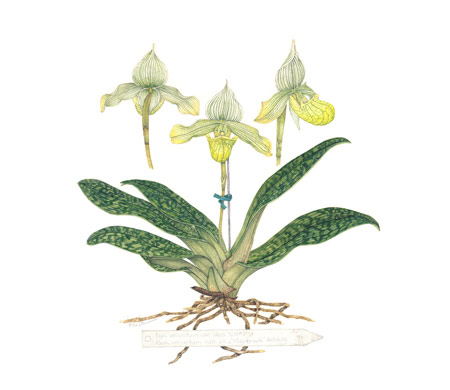 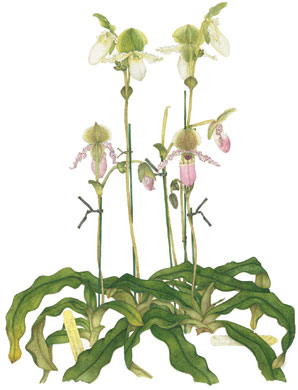 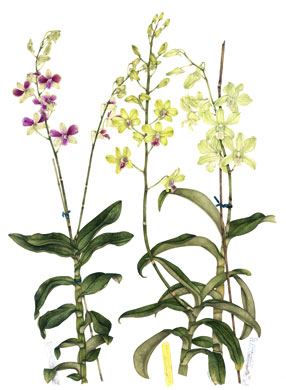 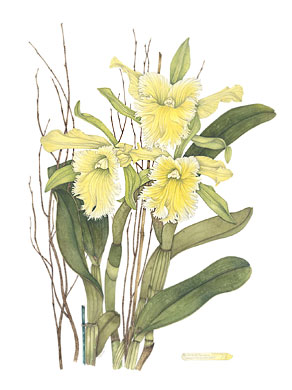 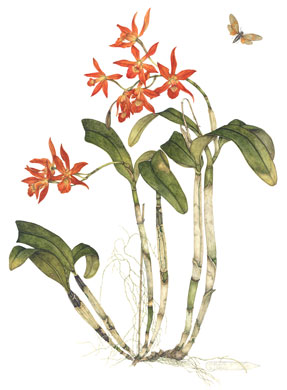 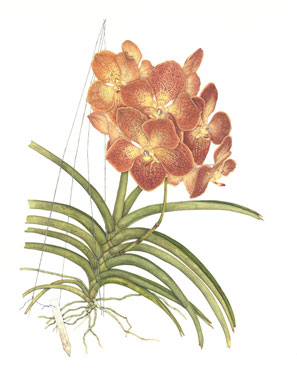 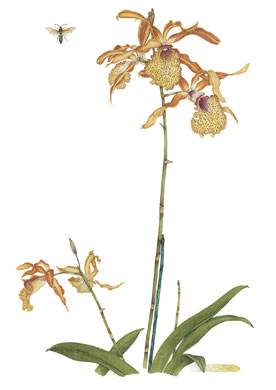 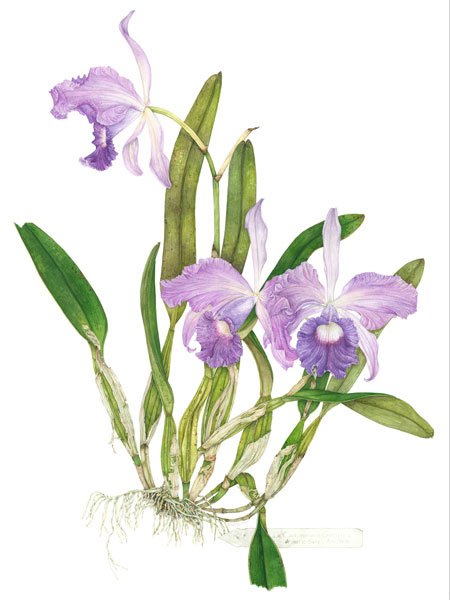 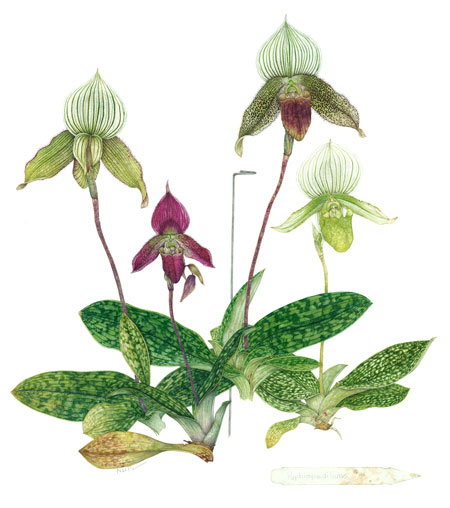 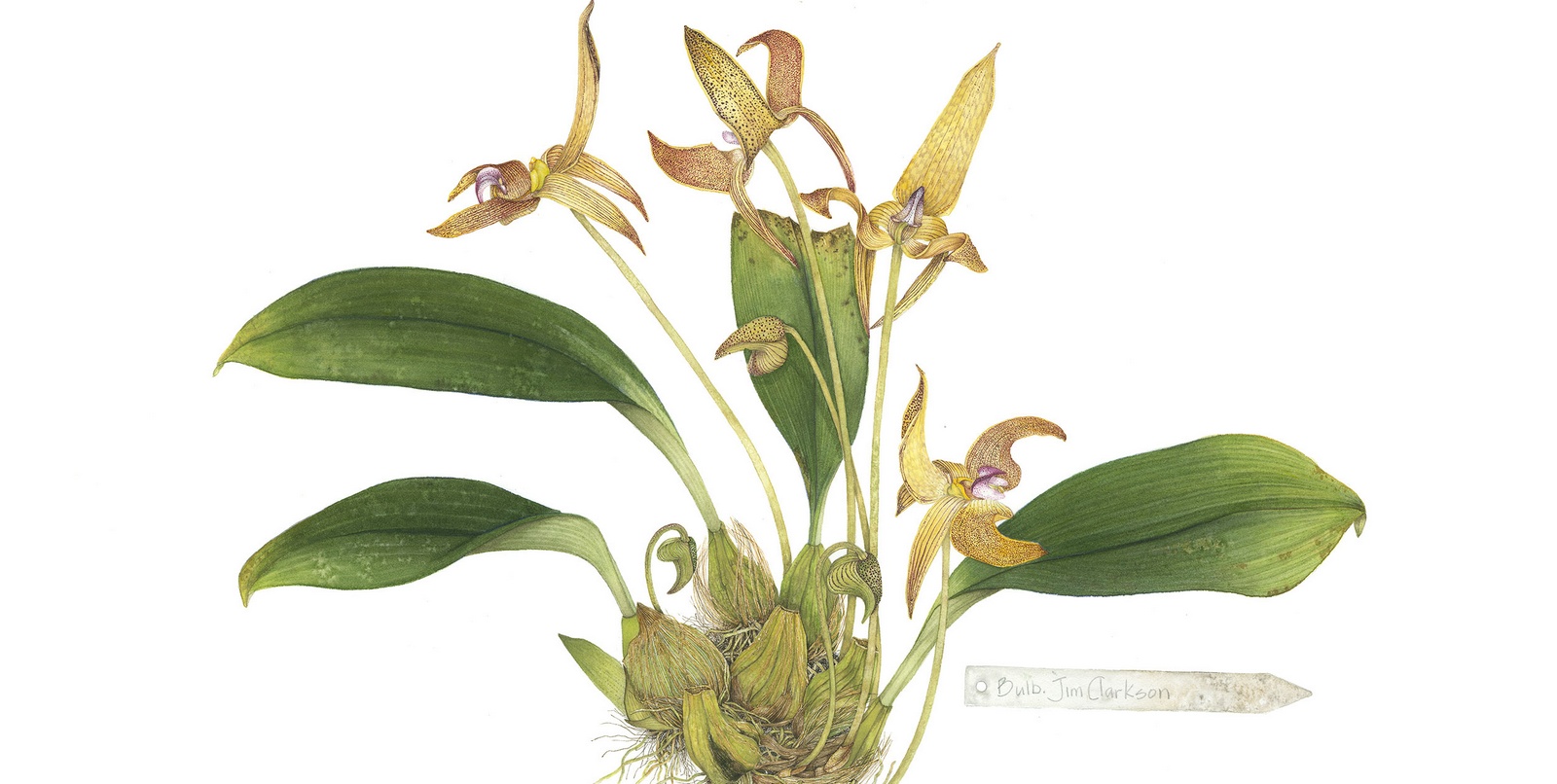 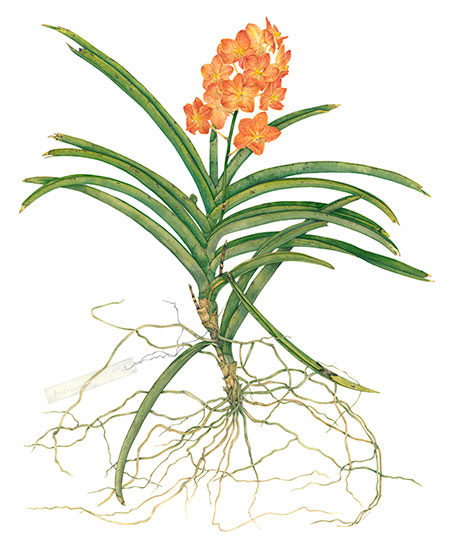 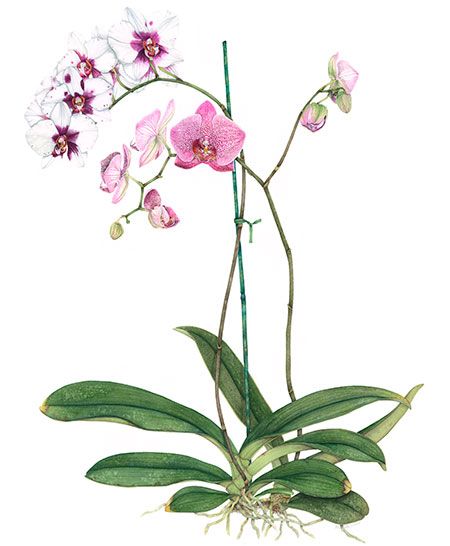 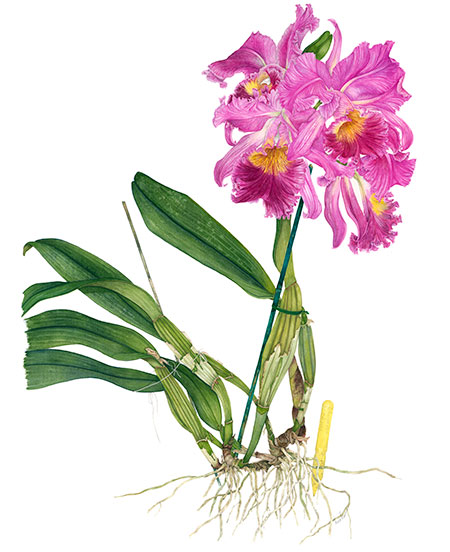 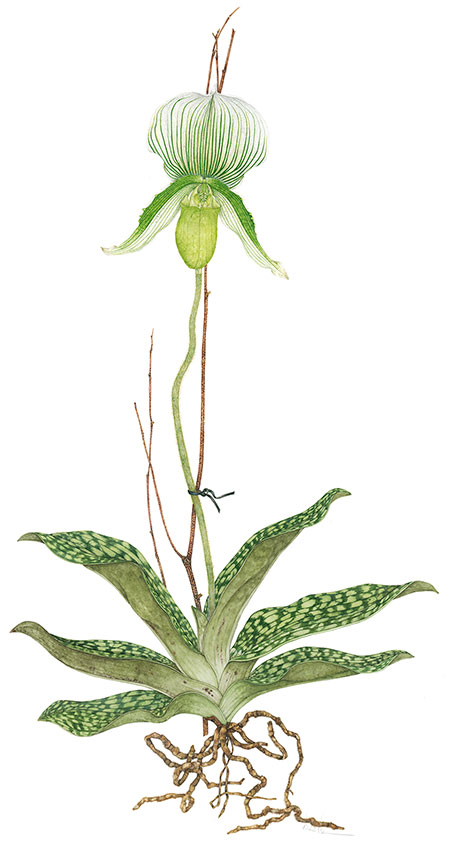 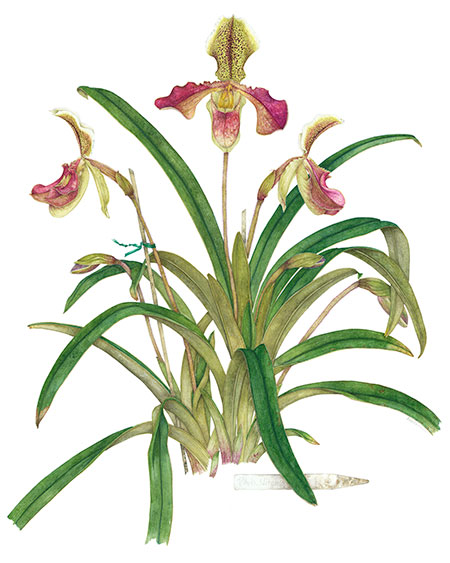 Pam Kessler is an accomplished artist with a refined sense of draftsmanship, composition and watercolor technique. These qualities alone make her watercolors noteworthy. But it is artistic insight – a far more elusive quality - that has earned Pam a growing national reputation and makes these limited-edition orchid prints a rare opportunity to experience her work firsthand.

Pam's orchids are rendered with a delicacy and grace that faithfully capture their legendary allure. Her images are both personal and invitational. Simple appreciation of the orchid's beauty, Pam seems to suggest, won't do. Something more is required of the observer: involvement, investment, purposeful response. Evidence of this response can be seen in the pots, wires and supports that lend scale and contextual weight to these striking works. The effect is quietly magnetic: Pam's images manage to convey both the evocative beauty of the orchid and the nurturing intervention of the orchid lover.

These images are accessible, direct and visually arresting. Yet they evoke an unmistakable sense of mystery, perhaps exposing the orchid's tenuous connection to the mundane plane of existence to which less exotic forms of life are relegated.

Her watercolors are reminiscent of the starkly beautiful eighteenth- and nineteenth-century botanical etchings and lithographs created by artist/printmaker teams such as Edwards/Sanforn and Steward/Lizars. However, Pam's orchids do not portray beauty in isolation, but as a revelation of the interaction between observers and observed.

Active response yields a depth of vision denied the passive observer. Those whose passions have been ignited by the orchid already know this truth. Others can glimpse it through these provocative images.